We live in a civilized society and very often don’t even remember that there are different ways of life in the world and that people can suffer from discrimination, slavery, famine and segregation.

When we hear the word slavery we start thinking about Roman Empire or colonization. We think about slavery in the past tense as it is even hard to imagine that in our era, during the blossom of civilization, technical break through in the beginning of 21st century, such a phenomenon can exist.

Slavery and people trade are shameful facts from our history but we can not neglect them. The history repeats itself if people do not learn its lessons. Olaudah Equiano’s life described in his autobiographical novel tells us about the slave trade and the condition of slavery in the 18th century. The Columbia Encyclopedia, defines the term slavery as institution based on a relationship of dominance and submission, whereby one person owns another and can exact from that person labor or other services. Slavery has been found among many groups of low material culture, as in the Malay Peninsula and among some Native Americans; it also has occurred in more highly developed societies, such as the southern United States. 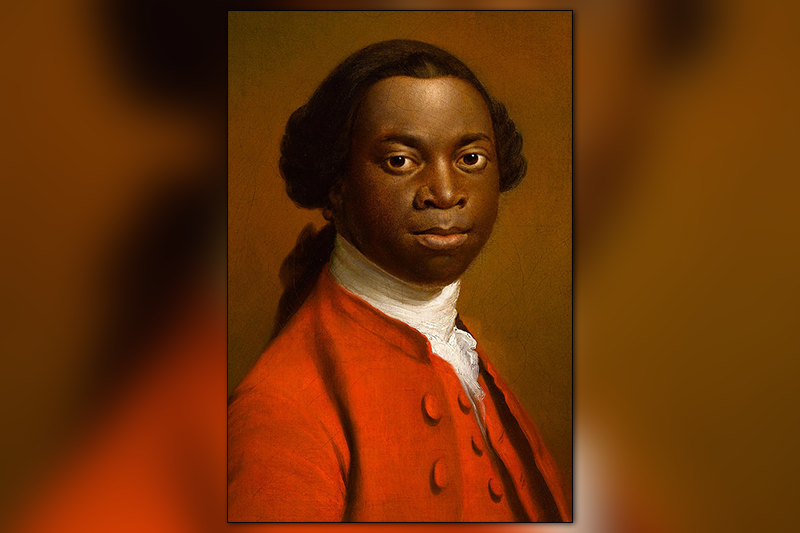 Discrimination and inhuman attitude to slaves are shameful facts of our history. Such an attitude was partially justified by the statement that slavery was a common practice and socially accepted institution. Some slaveholders stated that the Bible justified slavery, others believed that black people were not as intelligent as white people and slavery did not cause them any harm.

Slaveholders described their slaveholding as taking care of intellectually inferior Africans. Equiano’s book breaks this myth about care and protection. He very vividly demonstrates in his book that the institution of slavery brought black people nothing but humiliation. The book sheds light to the true nature of slavery and breaks a romantic myth about this institution. Equiano does not agree that institution of slavery is an integral part of peaceful and calm Southern life.

Equiano’s autobiographical work The Interesting Narrative of the Life of Olaudah Equiano was extremely popular in his times. It became a best seller and had been sold even better than Defoe’s most famous work – Robinson Crusoe. It is popular even nowadays, especially among people interested in problems of slavery and racism. There were nine editions of The Interesting Narrative of the Life of Olqudah Equiano before Equiano’s death, including the American edition in 1791, the German edition in 1790 and the Dutch one in 1791. After his death, by the year 1837 nine more editions had appeared. Three editions were bound together with the poems of another former slave child Phyllis Wheatly, whose Poems on Various Subjects was the first collection of poems published by an African American. Together, their works form the genesis of a Black written literary tradition.

Olaudah Equiano was born in Nigeria. He spent his early years there but later he was kidnapped and sold to slavery. Olaudah He described his life in the autobiographical book called Interesting Narrative of the Life of Olqudah Equiano. All events described in the book took place in reality and it is hard to imagine that things like that could be possible only two centuries ago. He describes his own story and thus we can get a better idea about the dark spots of history through personal, sincere and detailed narration. Euquiano’s book sheds light to the shameful facts history of slavery. The book was written in the 1780s and aimed to influence the British Parliament members who had debated the issue of slavery trade at those times. Cruel attitude towards slaves became a norm during those times and slave owners did not see anything wrong in terrible things they did. Slavery was known as peculiar institution during those times. Using such labels slaveholders tried to justify their discrimination and inhumane attitudes towards other people. Equiano very vividly describes different means, used by slave owners in order to subjugate their slaves. In order to maintain order and make the work effective, slaveholders used whipping and even tortures.

Slave women were in even poor position than men. Along with beating, common for all slaveholders, slave women experienced another humiliation of rape. Very often slaveholders turned to rape not only in order to satisfy their sexual needs, but also in order to expand the number of slaves by making women pregnant.

Autobiographical style of narration and historical facts should have helped the political leaders to get a better idea about real facts concerning the slave trade. The issue was burning at those times and the book became popular among the wide audience.

First person narration and autobiographical plot of the story appeal to our feelings and makes us reflect on many things, such as slavery, exploitation, racism and tolerance. The book also destroys the myths about the African continent and its inhabitants like about the people of the second class obscure, not educated and not intelligent. Equiano breaks the myth about poor intellectual abilities of the inhabitants of African continent. Detailed depictions of the African nature, customs and traditions of native tribes make the story livelier and help us to approach close to the author.

The book starts with the description of the childhood of the main character. Olaudah was the youngest boy in the family and parents put a lot of effort in his education. As I was the youngest of the sons, I became, of course, the greatest favorite of my mother, and was always with her; and she used to take particular pains to form my mind. I was trained up from my earliest years in the arts of agriculture and war; and my mother adorned me with emblems, after the manner of our greatest warriors.

Good upbringing played a very important role in Olaudah’s further life. Later he showed himself as strong and persistent personality. Un addition he had good commercial abilities, which helped him to become a very rich man. Terrible ordeals, which he got through starting from the age of 11 made him strong and courageous. At the age of 11 he got into captivity and later spent seven years serving as a British Naval officer. Olaudah manages to pass his feelings of loneliness, fear and isolations to the readers. He gives a detailed descriptions of his expierences of a slave: We were not many days in the merchant’s custody before we were sold after their usual manner, which is this: – On a signal given, the buyers rush at once into the yard where the slaves are confined, and make choice of that parcel they like best.

Another hard trial was the false promise of freedom after the war when he was tricked out and sold to another master again.

Every passage of this work attracts our attention to the difficult and even inhumane conditions of African-Americans life. Their life was like a nightmare and what is even more frightening, it was proclaimed by the official government. Negro’s life was of no value, the master of the killed negro should have paid in the public treasury, which made only 15 pounds sterling: That if any negro, or other slave, under punishment by his master, or his order, for running away, or any other crime or misdemeanour towards his said master, unfortunately shall suffer in life or member, no person whatsoever shall be liable to a fine, but if any man shall out of wantonness, or only of bloody-mindedness, or cruel intention, wilfully kill a negro, or other slave, of his own, he shall pay into the public treasury fifteen pounds sterling.

Equiano not only wanted to describe his terrible experience of being a slave. He wanted to attract attention of wide publicity to the very institution of slavery. During the time when the book was written the question of slavery was debated in the Parliament and Equiano wanted to be sure that he had made everything possible in order to change terrible position of slaves. Fortunately his effort did not go in vain and the book became popular not only among politicians, but also among average people. The book is a very useful reading, as it contains a lot historical information and facts from our past. At the same time autobiographical narration makes the reader compassionate for the problems described.

Haven't Found The Essay You Want?

Get your custom essay

Would you like to get a custom essay? How about receiving a customized one?